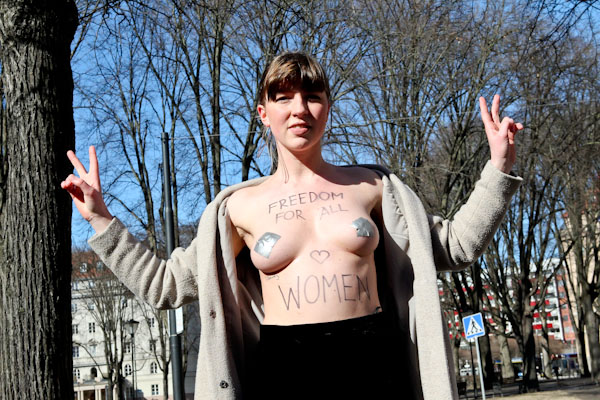 Activists, organized by the radical feminist group Femen, rally outside the Tunisian Embassy in Stockholm, to express solidarity for activist Amina Tyler and to protest against attacks on women’s freedoms. Amina stirred up controversy in Tunisia after posting topless protest photos on Facebook.

Femen activists have declared 4 April “topless jihad day” as a gesture of support for Amina who was threatened with death by stoning for baring her breasts online. 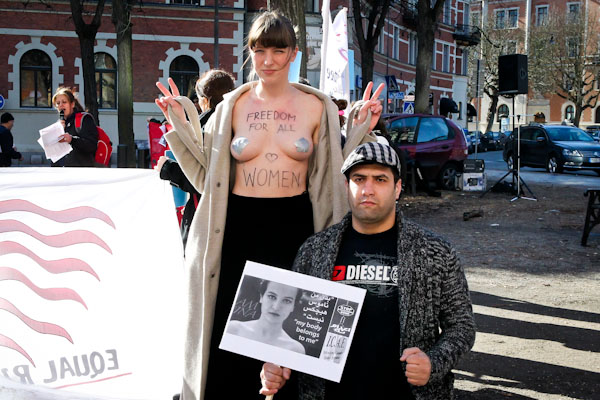 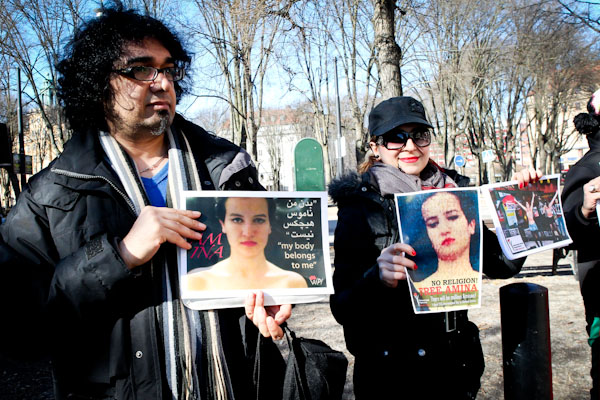 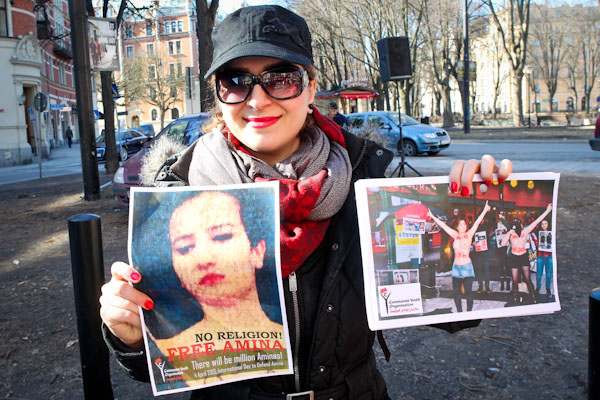