This June it is 30 years since the first confirmed AIDS case. Many things scared people back then, and still does of course. Back then there were questions like; who gets infected? And how? Today scientists are trying to find the ultimate solution; the cure. When will they find it? In the next 30 years? Lets hope so!

So far more 30 million people have been infected by the disease, in 2009 there were 2,6 million new cases. When will it stop?

Thirty First Ladies from Africa, Asia, Latin America and the Caribbean gathered at a special event in New York to mobilize support around achieving the Joint United Nations Programme on HIV/AIDS’ (UNAIDS) vision of Zero new HIV infections among children by 2015.

The First Lady of the Republic of Haiti, Mrs. Sophia Martelly, also participated in the meeting. In all the misery in Haiti over the last couple of years with the political instability, the floodings, the earthquake, cholera epedemic and so on, Haiti has been fighting hard  againt the HIV / AIDS.

Haiti, is now a global model of success in their fight. In 2001 the prevalence rate was 7,5%, now in 2011 it is 2,2%. But still the mother to child transmission is to high. Haiti is working hard to lower the numbers in this area as well.

Below is a picture of one year old MacKenley that got infected from the mother. I took the picture at a AIDS orphanage in Port-au-Prince, Haiti. 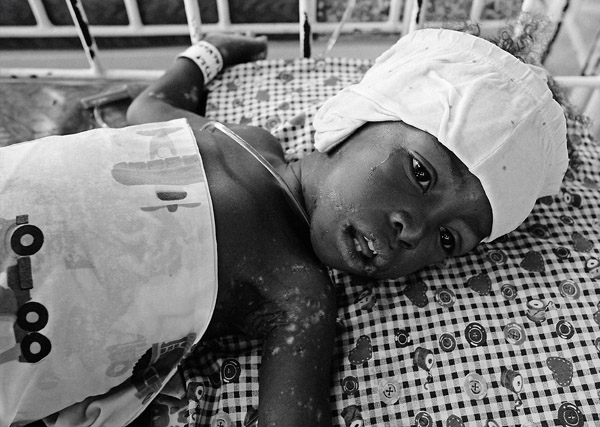