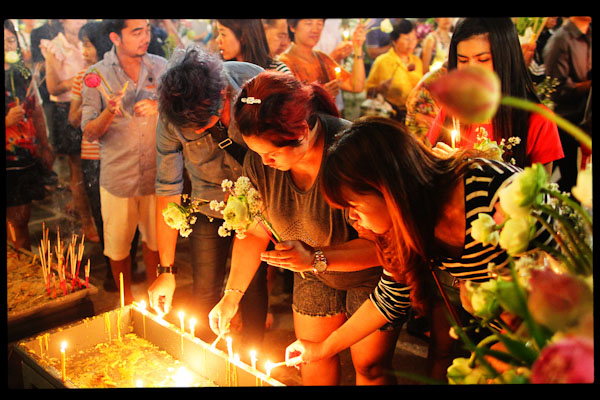 Today I went to Wat Pathum Wanaram in central Bangkok to see Thai people take part of the Makha Bucha Day. It is a public holiday and many Thai apeople go to a tempel for the rituals.

On this day, the full moon of the third lunar month; seven months after Buddha began his teachings, 1,250 monks gathered to hear Buddha preach. Buddha ordained these monks and spread the principles of Buddhism. This marked a key event in the development of the religion.

45 years later, on the same full moon in the third lunar month, Buddha again delivered his teachings shortly before his death.

This third lunar month on which both events occurred is known in Buddhist Pali language as ‘Makha’. ‘Bucha’, means to honour.

Despite the great age of these events, (Buddha was teaching over 2,500 years ago) Makha Bucha only became a holiday in 1957. Prior to 1957, the third lunar month was celebrated as a Buddhist Holy Day. 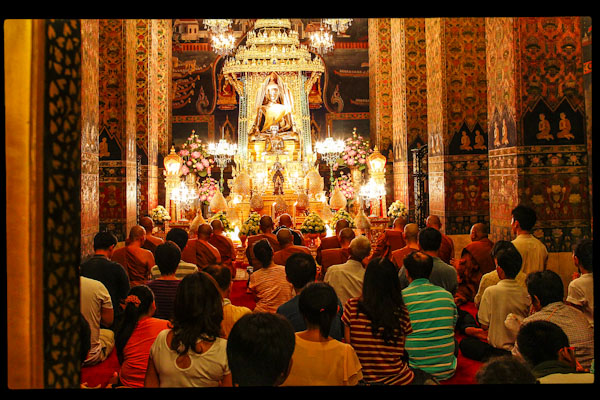 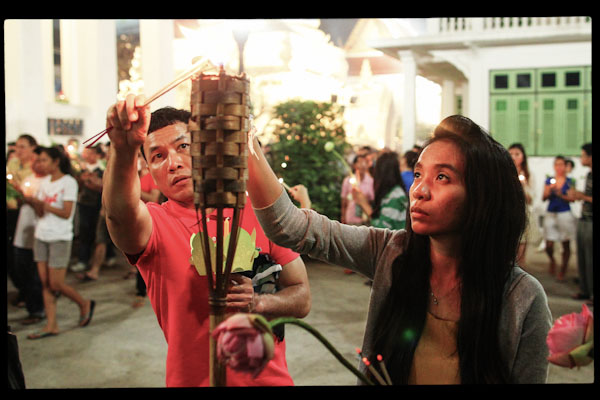 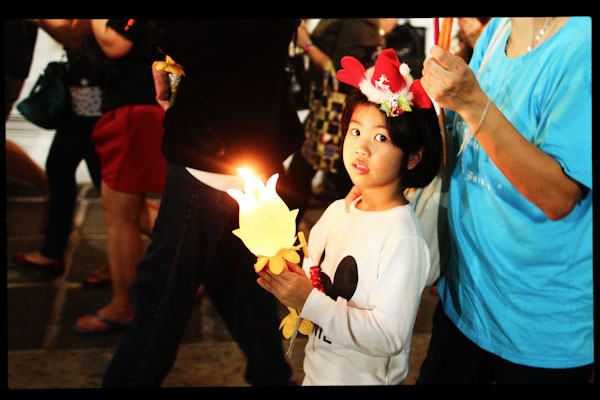 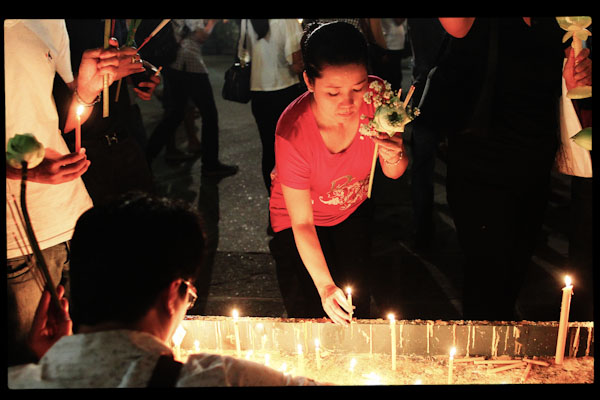