Gomel – in the shadow of the Chernobyl disaster 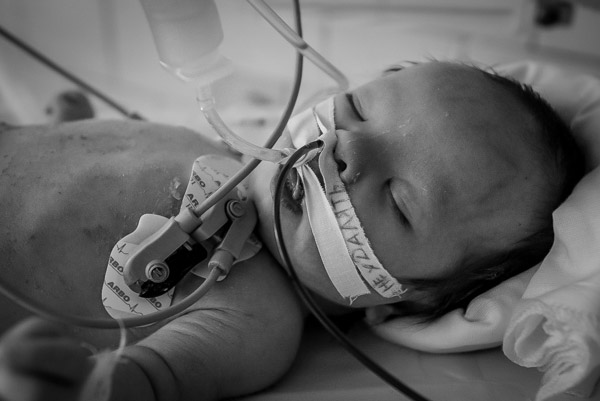 The independent republic of Belarus received 70 per cent of the radioactive fallout the Chernobyl explosion. One of the most affected areas remains Gomel city and the region around it. Still after more than 20 years children are born here with congenital deformities, brain damage and other disabilities. 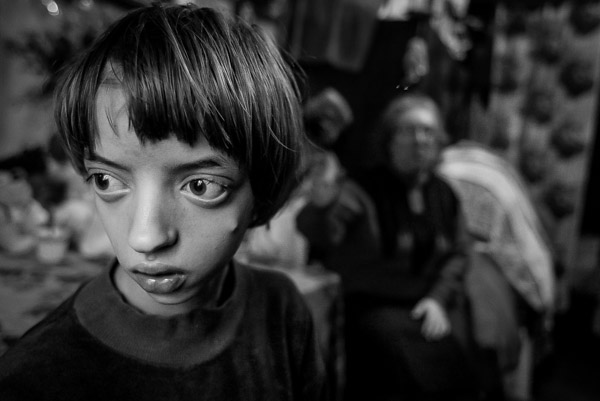 Katiya Yakovets, 14 years, is one of many children suffering with brain damage and other congenital deformities. Katiya needs attention 24 hours a day. The father is alcoholic and does not support the family. 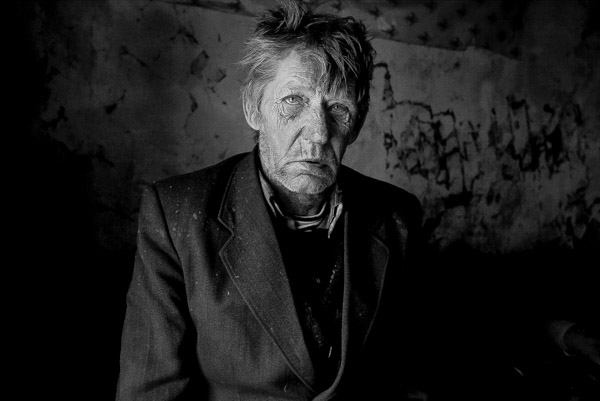 Pavel Dolichev. Grandfather of two youngsters that was left behind by their parents. The children was in very bad shape and not allowed to go to school. Pavel struggle to put food on the table. 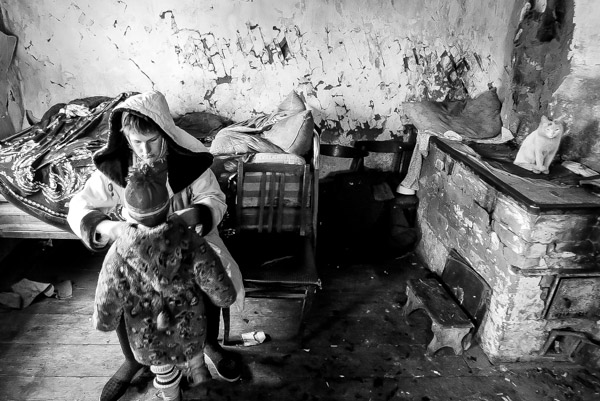 Mariya is dressing her sister Romana before going outside in the cold winter. They live with their grandfather since their parents disappeared. 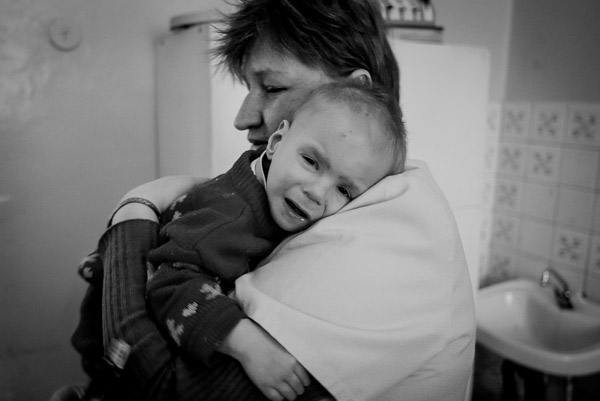 Vitalay, 2 years, crying out over his TB at the TB hospital in Gomel. His mother has died in TB, and the father is also very sick in the same illness. 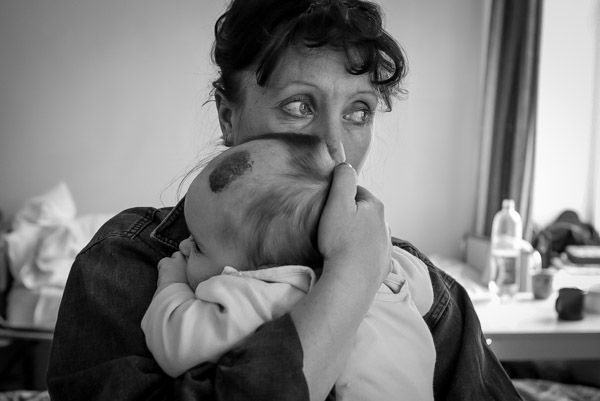 At the General Hospital in Gomel Nikita 3.5 months and her mother await the test result on the tumor she has on her head. Doctors agree that there is a link to the Chernobyl disaster even after 20 years for illnesses like this.

Is the newborn baby ill due to the disaster in 1986? 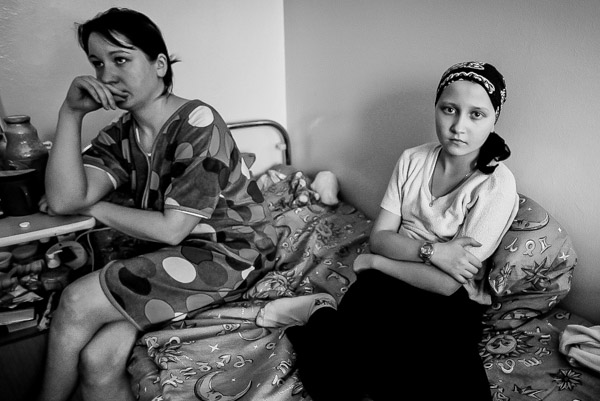 Katja 10 years old with Hodgkins disease and her mother await the doctor. Katja’s prognosis for survival is good. 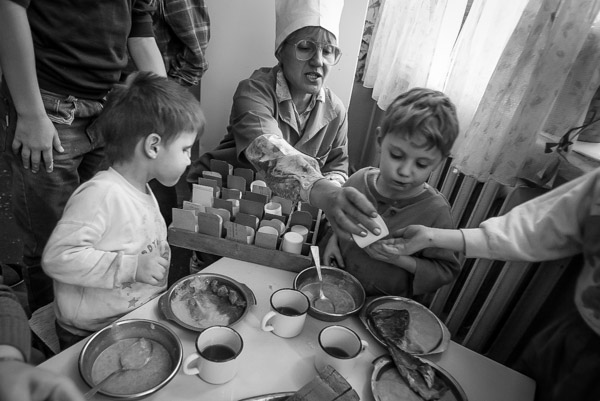 At the TB hospital, one of the nurses is handing out the children’s medicine. 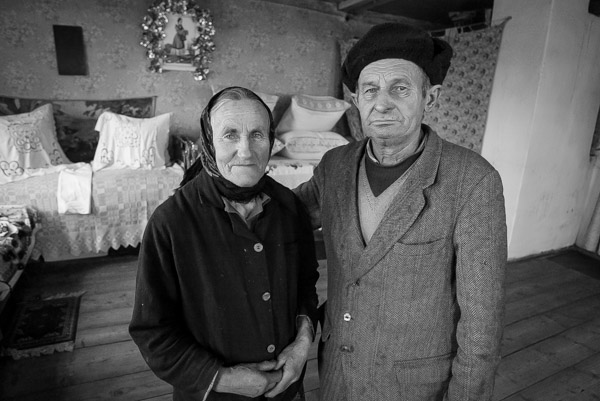 Old couple in the small village Bartolomeevka in Gomel region. Before about 1000 people lived here, 10 of them have never left. The government have tried to force them out. Ivan and Elena Muzychenko and their 38 year old son stayed. Ian and Elena refuse to move, since they built their life here. They know about the danger in staying but have no where to go. 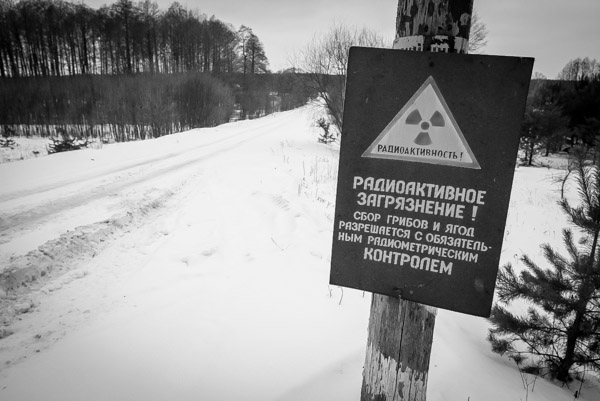 A sign warns of hazardous contamination in the exclusion zone outside Gomel. 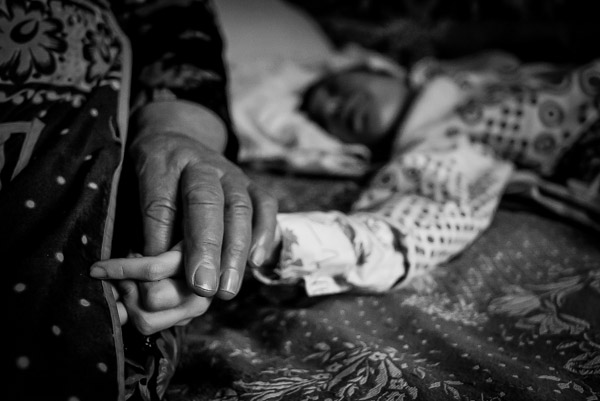 Tatiyana Flyurik, 19 years, is taken care of by her grandmother. Tatiyana is suffering brain damage and other congenital deformities an needs care full time. Her father has disappeared, her mother tries to make a living to support. 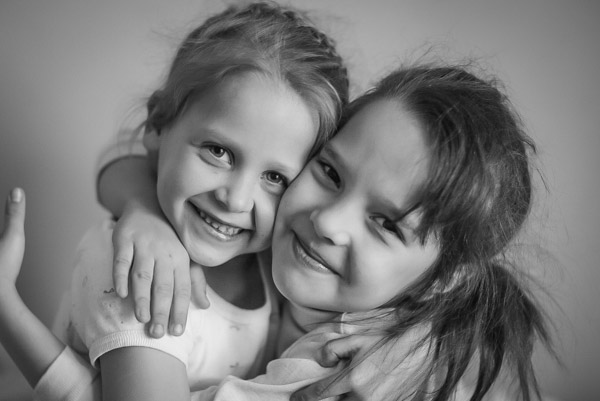 Smiling kids at the TB hospital.

Note: all pics taken in 2003 when I was on assignment in Belarus