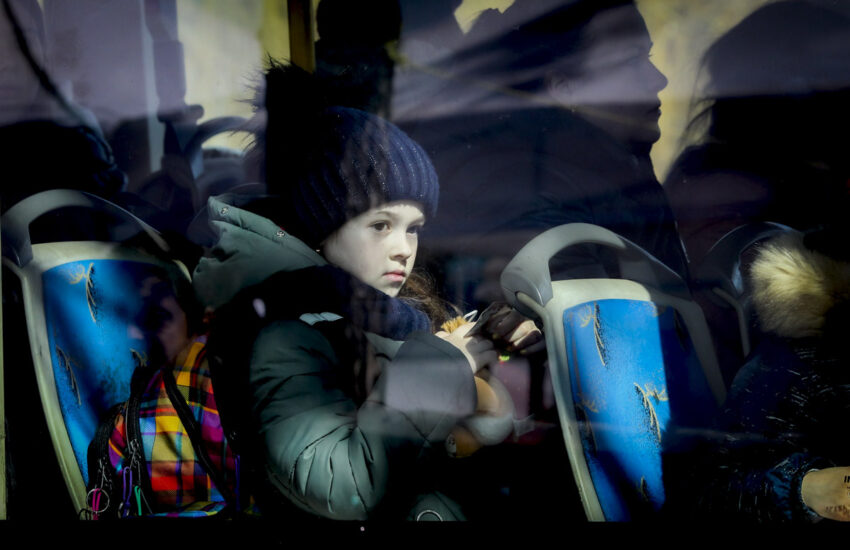 Yelvyzaveta, 8, is looking out the bus window at the Siret border control at the Romanian-Ukrainian border. Yelvyzaveta, her mother Yuliia, and her younger sister Myreslava just reached Romania after five days on the run from their hometown in eastern Ukraine.

The Russian forces got closer and closer, and the parents made the most brutal decision: it was time to split up the family. The mother took their daughters with her, and the father stayed behind. After arriving in Siret, they rested a few hours in the Star of Hope tent at the border, exhausted and hungry.

The staff gave them love and encouragement. They also received food, water, toys for the kids, and other supplies before they entered the bus to their next stop on their long journey.

Their final destination was Mannheim in Germany, where they have some friends. I hope they got there safe!