Water still a problem in Haiti 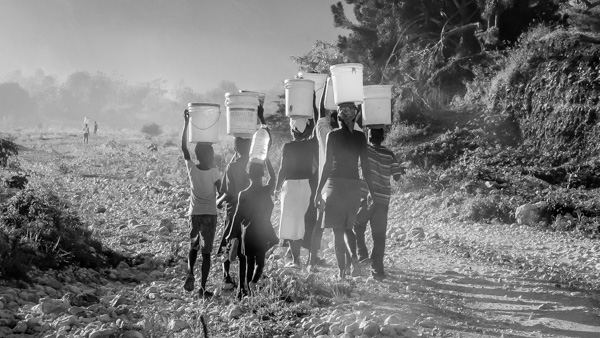 An aging infrastructure and lack of resources means clean water is scarce, and sanitation is a matter of life and death.

Access to clean, fresh water is a main concern in Haiti, where waterborne illnesses, such as typhoid, cholera, and chronic diarrhea, are the cause of more than half of the deaths in the country every year.  Contaminated water is also one of the leading causes of childhood illness and the very high infant death rate in Haiti.

Now many people has to walk one or sometimes two hours each way to collect water for their families. Two hours for a necessity!

The cholera outbreak that started in October 2010 has now killed more than 8,000 people. There is a law suit against UN in the court in New York. UN soldiers from Nepal brought cholera to Haiti and families to the victims are pressing charges. I think the UN will get away with it. I have seen the base, I have seen where the cholera outbreak started and it is clear that the waste from from the base is going straight in to the river.

The only way forward is to built better infrastructure on many levels in Haiti. With that I mean better roads and better water systems  that reach out to all areas of the country. The population in Haiti deserves that. 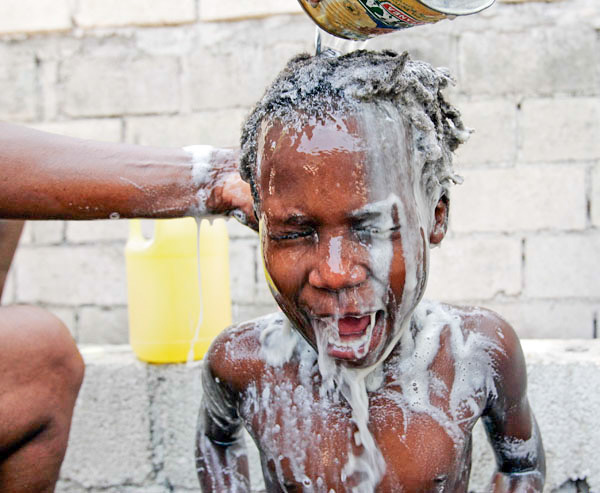 Young kid at an orphanage is taking a bath. 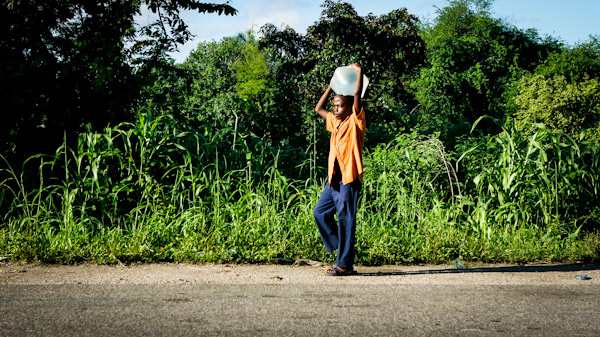 A young boy is collecting water for his family after school. 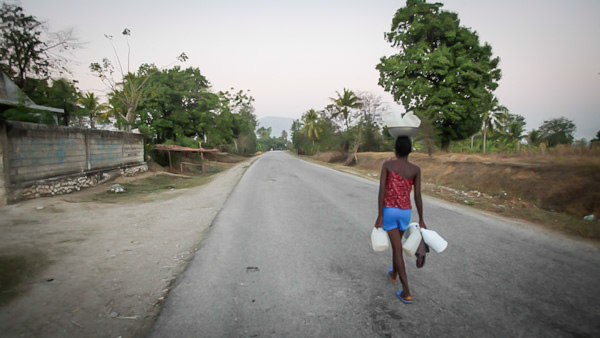 A teenage girl is getting water for her family at sunrise. 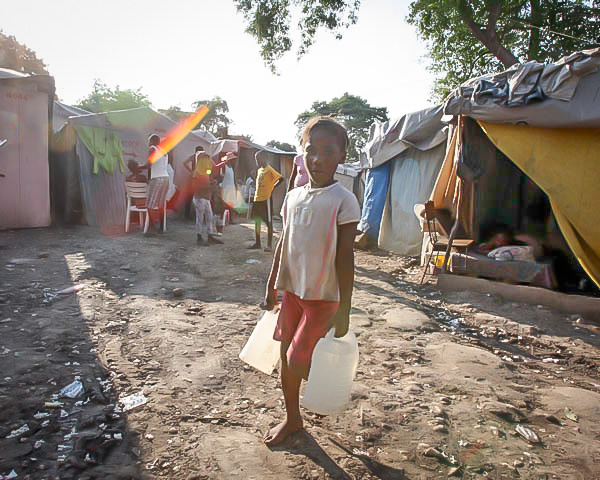 A girl is getting water in a tent camp after the earthquake in 2010. 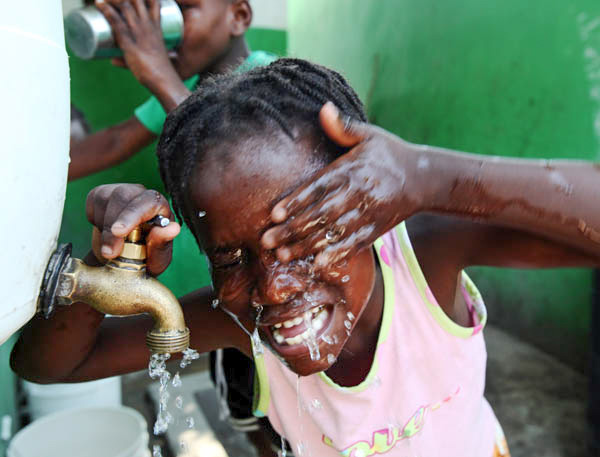 Girl is freshening up in an orphanage in Carrefour. 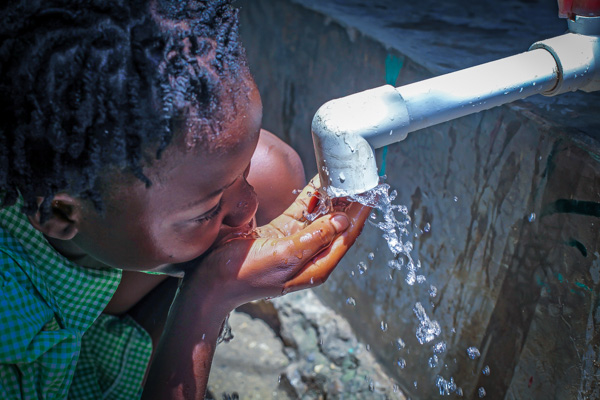 The school kids in Marigot has access to fresh drinking water. 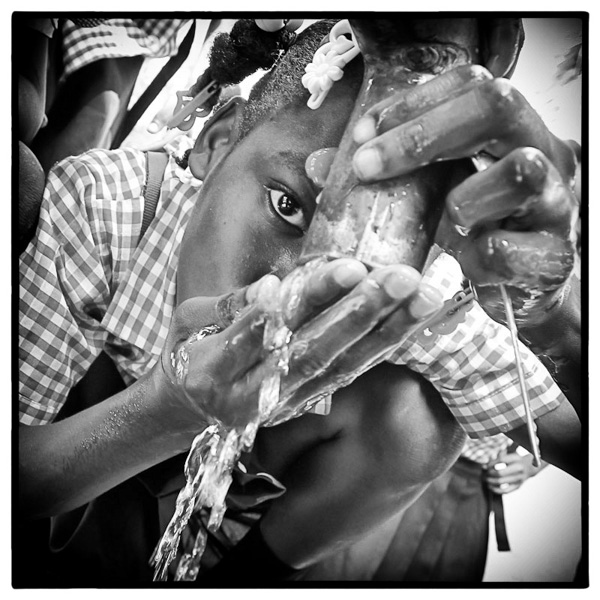 The water pump in Liancourt is supplying the school kids with fresh water. 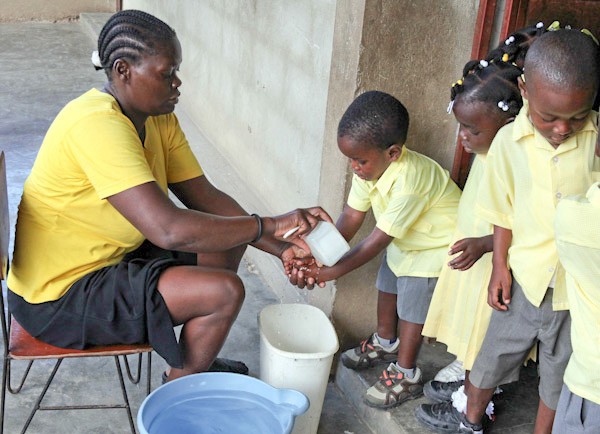 The kids in Dano are washing their hands before lunch is served. 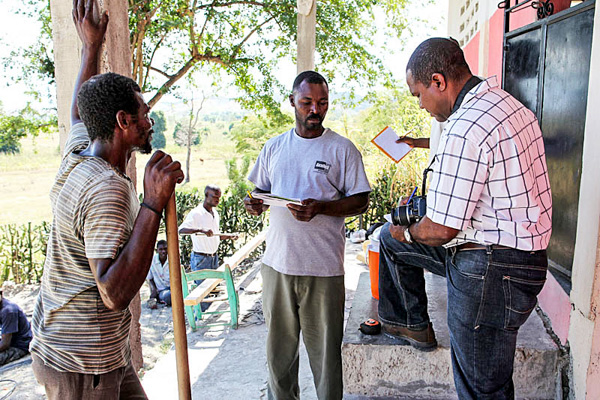 Tony Boursiquot is planing the water well in Boyer with the construction people. 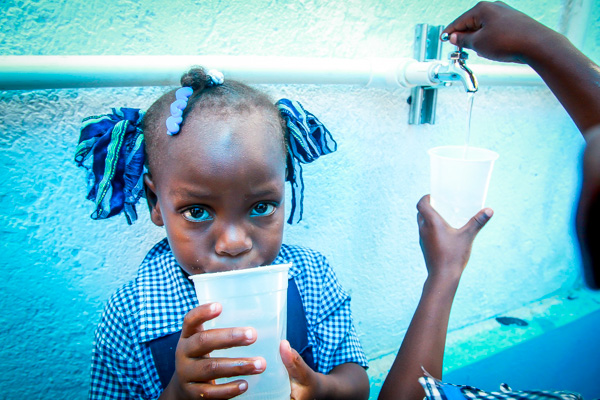 A young girl is enjoying the safe drinking water from the newly installed water system in Jeanton in 2011.