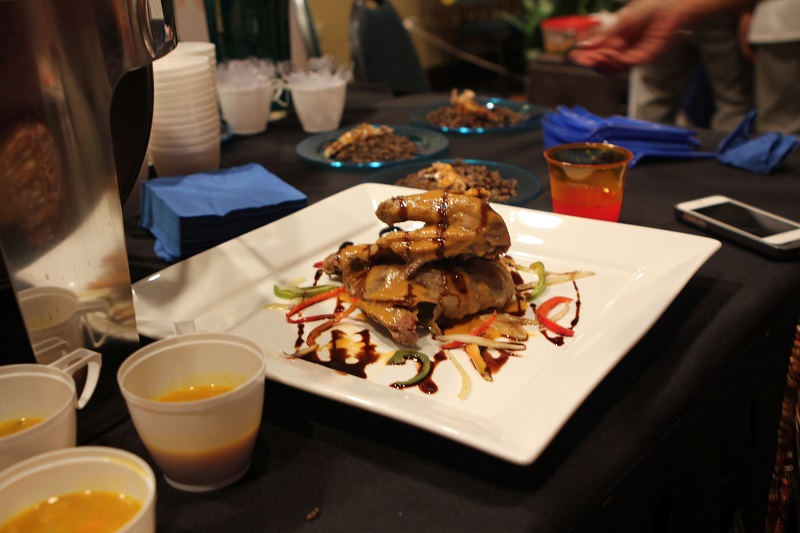 Recently Haiti held its 3rd Gout et Saveurs Lakay or “Food and Spirits Festival” from 27th September to October 6th. The 10 day festival was held at the Karibe Hotel and Convention centre in Port-au-Prince and featured cuisine created by renowned chefs from some of Haiti’s top restaurants, and beverages chosen by respected spirit makers and sommeliers from across the nation.

In the past, Haiti may not have been known for its culinary delights and top class chefs, but this festival was developed to change people’s perspective and to promote Haitian gastronomy on a professional, cultural, social and economic level. Over the last 3 years the festival has grown from strength to strength and the profits have gone a long way to helping support hospitality and culinary education in the country.

Gout et Saveurs Lakay was the brainchild of Haitian native, Stephan Berrouet Durand who returned to his homeland after 20 years to try and aid in the rebuilding and growth process after the terrible earthquake hit in 2010. Durand’s contribution to the revival of Haiti is invaluable, and for those participating in his events it’s the culinary equivalent of hitting the jackpot at www.mobilecasinocanada.ca. His program starts with those at grass roots level and works upwards, ensuring that there is a future for everyone in the industry and that they are afforded the recognition they deserve.

A number of Haitian chefs took part in this year’s festival which was well attended by local and international visitors from the food and beverage industry. The presence of foreigners enriched the event, and all in attendance were able to share their knowledge with other professionals in their sector. The Gout et Saveurs Lakay saw a host of restaurants and chefs take part and attendees enjoyed food from establishments ranging from Chicken Fiesta to Quartier Latin and La Reserve.

The festival drew a large crowd and it was my understanding that some of the chefs and participants in the event started off 3 years ago as students or apprentices, and now make a living using their skills. The aim of the festival is to renew Haitian gastronomy, and to promote it on an international level whilst utilizing locally grown ingredients and maintaining the rich food culture that this recovering Caribbean nation has quietly been cultivating for years.