Rugby Boys” are often seen in the streets of Metro Manila. They are street children snorting “Rugby” a brand of contact cement or glue and other aromatic solvents to moderate hunger and other issues.

“Rugby Boys” are also called “Solvent Boys”. And of course, even girls do the sniffing in the streets. The chemical is placed in a plastic bag or a bottle and these kids inhale the vapor directly to achieve a state of euphoria.

Inhalant abuse causes permanent damage to the brain and may result in “sudden sniffing death”. It can also cause loss of memory, confusion or disorientation, distorted perception of time and distance, hallucination, illusion, nausea and vomiting. Inhalant abuse leads to muscle cramps and weakness, numbness of limbs, abdominal pains, damage to the central nervous system, kidneys and liver.

A UNICEF report estimates the number of street children in the Philippines to range from 75,000 to 80,000. And half of the country’s street children, from 8 to 20 years old, have at one time or another sniffed Rugby and other inhalants. The relative ease of procuring these substances due to their low costs contributed significantly to widespread abuse. There is no comprehensive epidemiologic data on the magnitude on inhalant abuse among children and adolescents in the Philippines.

The pictures below are taken in Metro Manila, where these young boys live and try to survive. 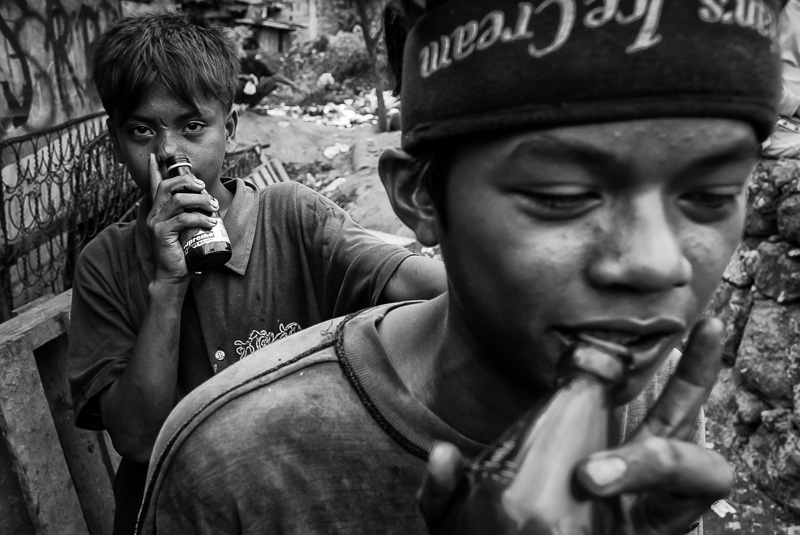 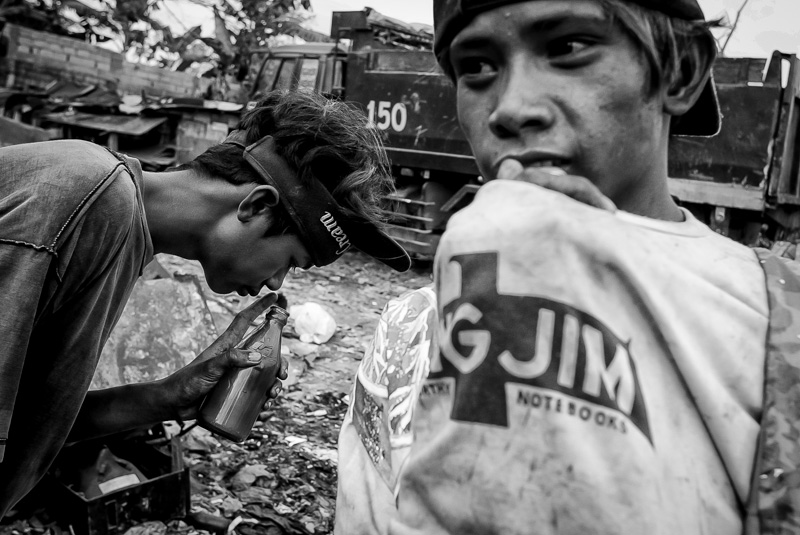 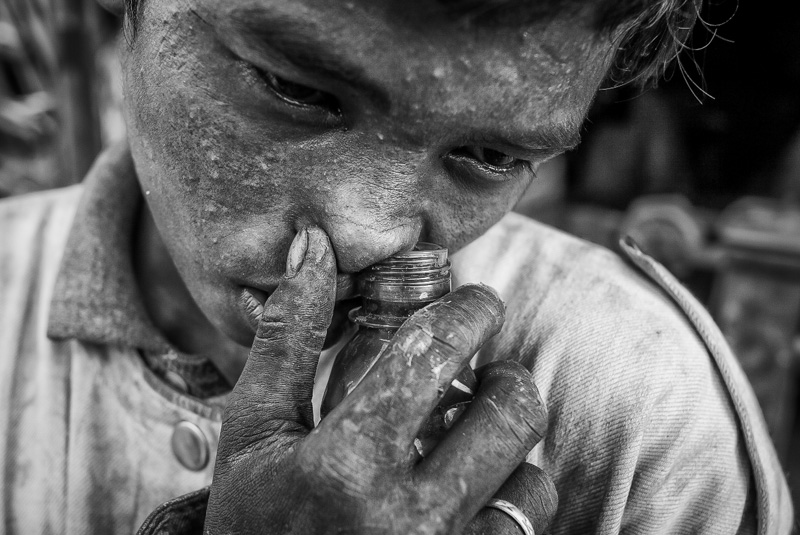