Haiti has been in the news over the last couple of weeks for all the wrong reasons again. Cholera, demonstrations and more people dead. It doesn’t matter where the cholera comes from. Stop it so no more people die. It is a treatable desease. Help each other. And the demonstrations probably have political aspect to it. With the presidential election coming up the riots would happen anyway.

The last week we spent many hour on the road. It is ok during the week, you just do it. But now on the weekend, I can feel it. But it was a good week workwise. Got many things done.

In one of the projects I took the picture below. Both turned around and were just standing there. It was a fun shot. 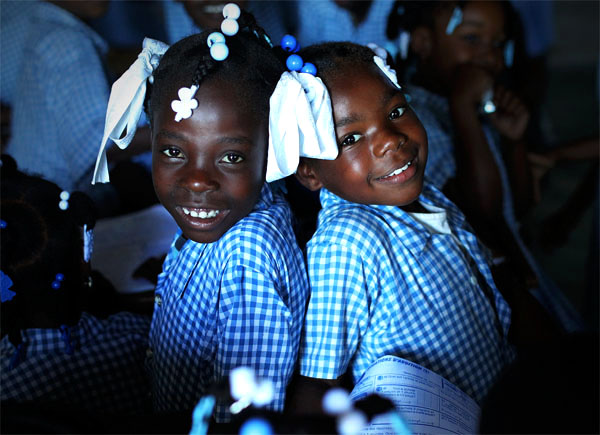