World Food Day was proclaimed in 1979 by the Conference of the Food and Agriculture Organization (FAO). It marks the date of the founding of FAO in 1945. The aim of the Day is to heighten public awareness of the world food problem and strengthen solidarity in the struggle against hunger, malnutrition and poverty.

Nearly 870 million people, or one in eight, were suffering from chronic undernourishment in 2010-2012, according to the new UN hunger report released recently.

I took this picture at a nutrition center in northern Ghana in 2008. The small twins were recovering from malnutrition. Hopefully they would recover fully. 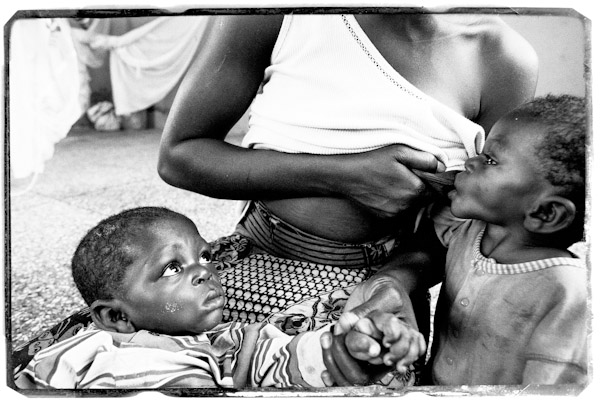