This afternoon it was time for the 69th prestige meeting in football between two famous universities in Bangkok; Chulalonkorn and Thammasat. As usual the match was played at the National Stadium.

It is much more than just a football game. There are parades, various performances and of course loud music. The arena was absolutely packed with spectators cheering on the teams. It is a nice event, that I try to attend every year.

The match itself was so so, but it always exciting anyhow. Chulalonkorn won with 1-0 after an error from the Thammasat goalie. 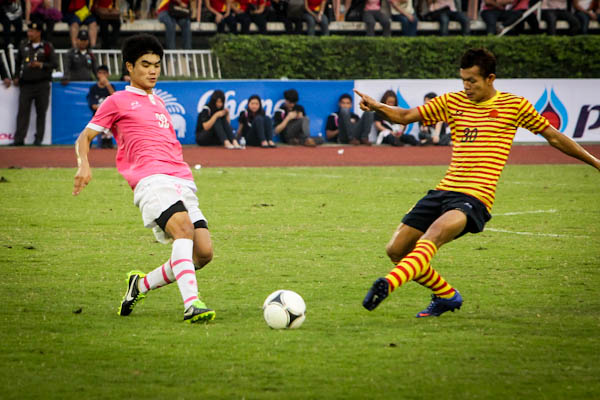 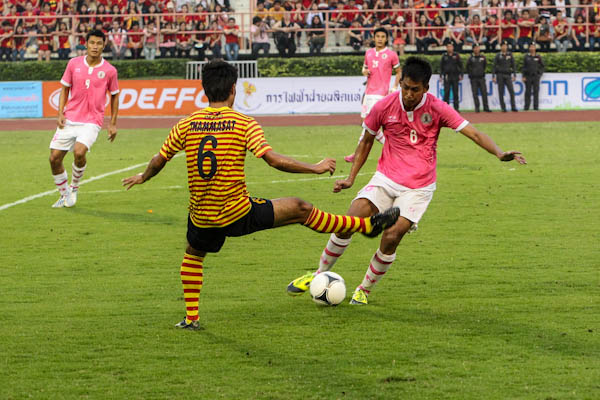 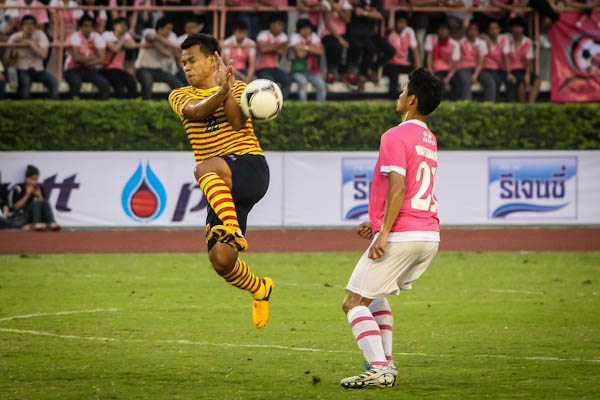 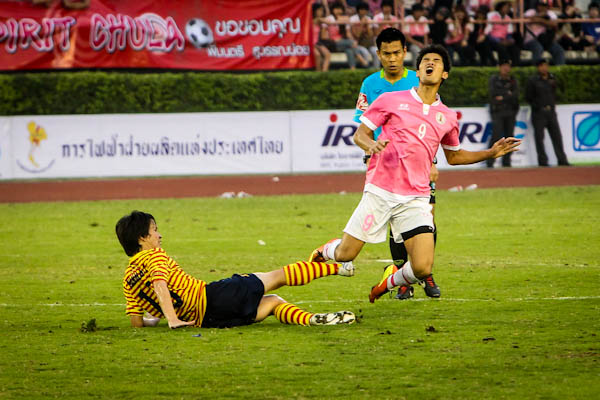 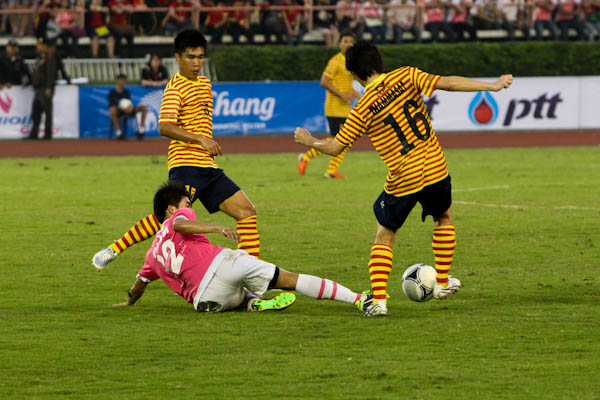